It often begins with a group email, usually from a friend that knows a friend, in essence, a person with whom you might have a little acquaintance, though you don’t know. Initially, you may be happy being asked, or a little relieved not being left out, but within minutes any warm glow changes to icy chill while the implications set in. In a few days, you will be giving out a whole lot of money for the opportunity of sitting in a dimed-lighted club sipping champagne with a penis-shaped straw in the midst of people who you share nothing in common with except the fact that you all have a friend who is about getting married. And you’ll probably be putting on false breasts. I had only returned from a friend’s hens party. It was a wild weekend in Paris with her other three friends. We danced, had beauty treatments, sunbathed, and we took a lot of alcohol. In a way it was a luxurious hen do: for instance, it cost a fortune. We were just four in number, and everyone got along just fine, not until Saturday evening when the dark hidden secrets of hen night showed it’s real colors; one of her friends pulled out from her bag a garter, a tail and a set of devil horns. These items we for the bride to be to put on. As when I was getting relieved, some feather boas and some pairs of bunny ears popped out of another bag. These were meant for us to put on.

Listening to women talking about hen nights, they sound just like soldiers measuring their time on a war. Talk to any woman, and she’ll surely have one or more stories of hen night humiliation. Of course, men are sure to get drunk, and are most times tied up naked to a pole or put on a milk train to a different location, but they don’t look concerned at the end. You haven’t fully known your friend until you see them on a hen night. All of a sudden you find out that your stylish school friend spends her whole days at working with friends who think it is fun to smack a random male stripper’s bottoms, or that whenever she’s with other women, your drinking pattern stay out with a group of people who argue about paying when the bill arrives.

A hens night is said to be the wildest day of every single woman that is about getting married. On a night such as this, the real you is being revealed, a lot of wild activities are being carried out such as drinking so much champagne, playing naughty games, dancing their lives out and much more. Most people get drunk on a night such as this and end up forgetting everything that happens the next morning. When planning a hen night, always ensure the environment is secured and free of thieves and robbers. 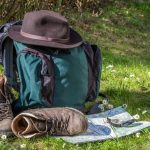 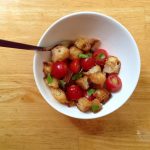 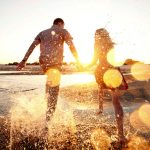